You are using a web browser that may not support the design features on this site.

For the best experience, please switch to another browser. We recommend Chrome or Firefox.

Smile Station Dental Care is a local family dental practice that offers quality, compassionate dentistry for every member of your family. We offer sedation dentistry, root canals, dentures, dental crowns and bridges, and much more. Ask us about our Full-Service Dental Plan and oral cancer screenings when you schedule an appointment with us.

Dr. Scott Bridges makes each dental visit pleasant and pain-free by combining modern dental technology with a caring and comfortable experience. We are committed to investing in our valued patients through ongoing education and training—we continue to get better as you grow with us!

We genuinely care for our patients and their families, and that reflects in our warm and welcoming professional dental atmosphere.

We know that the thought of going to the dentist can cause some people to be nervous or fearful, so we take the extra time to earn your trust and respect. Together we will meet your oral health goals and design the perfect smile for you. Our comprehensive approach allows patients to take an active role in their dental well-being.

We're looking forward to partnering with you on your oral health journey. Your visit is special to us—from the moment you walk through our doors. 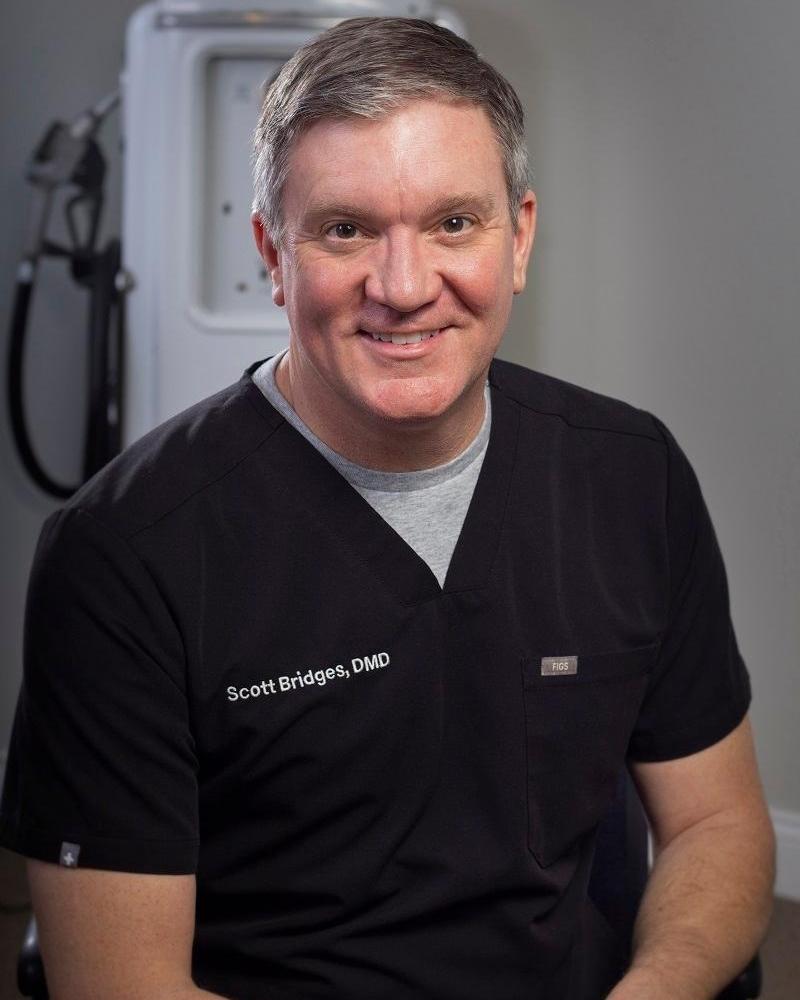 A Paducah native, Dr. Bridges is a second-generation graduate of Reidland High School.

He earned his Bachelor’s degree from Murray State University, where he served in the student government and as president of Sigma Chi fraternity. He earned his Doctorate of Dental Medicine from the University of Louisville School of Dentistry, where he served as class president.  He currently serves on the Executive Board the Kentucky Dental Association, the state branch of the American Dental Association.

Dr. Bridges has volunteered for many organizations and enjoys charitable work. He recently served on the Board of Directors for the St Nicholas Foundation.  In his spare time, Dr. Bridges loves the outdoors, traveling, and spending time with his wife and family.

He also enjoys cooking and is a member of the world-famous Buzzard Bros. charity barbecue team. Like his father and grandfather before him, he loves the discipline and freedom of flying airplanes and spends as much spare time as he can in the air. Dr. Bridges is a strong believer in lifelong learning and is a member of several advanced dentistry organizations.

He also believes in having fun in the office, so don’t be surprised if you hear him laughing with his patients! 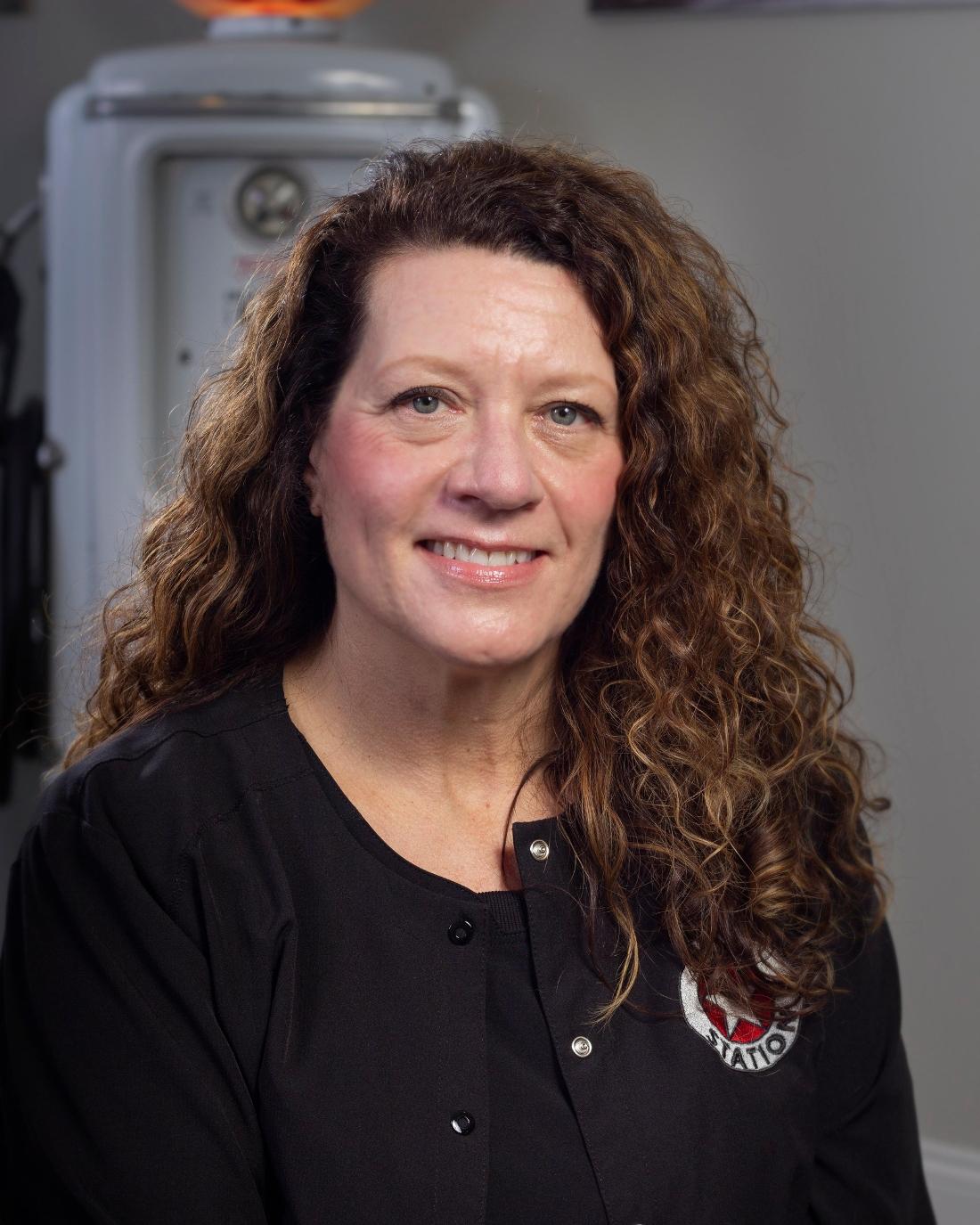 Her favorite times at work are those "light bulb" moments when a patient fully understands the importance of oral health and how it relates to their overall health.

She and her husband enjoy a lot of outdoor activities, including kayaking, camping, and hiking. We also enjoy time with family, travelling, and going to concerts 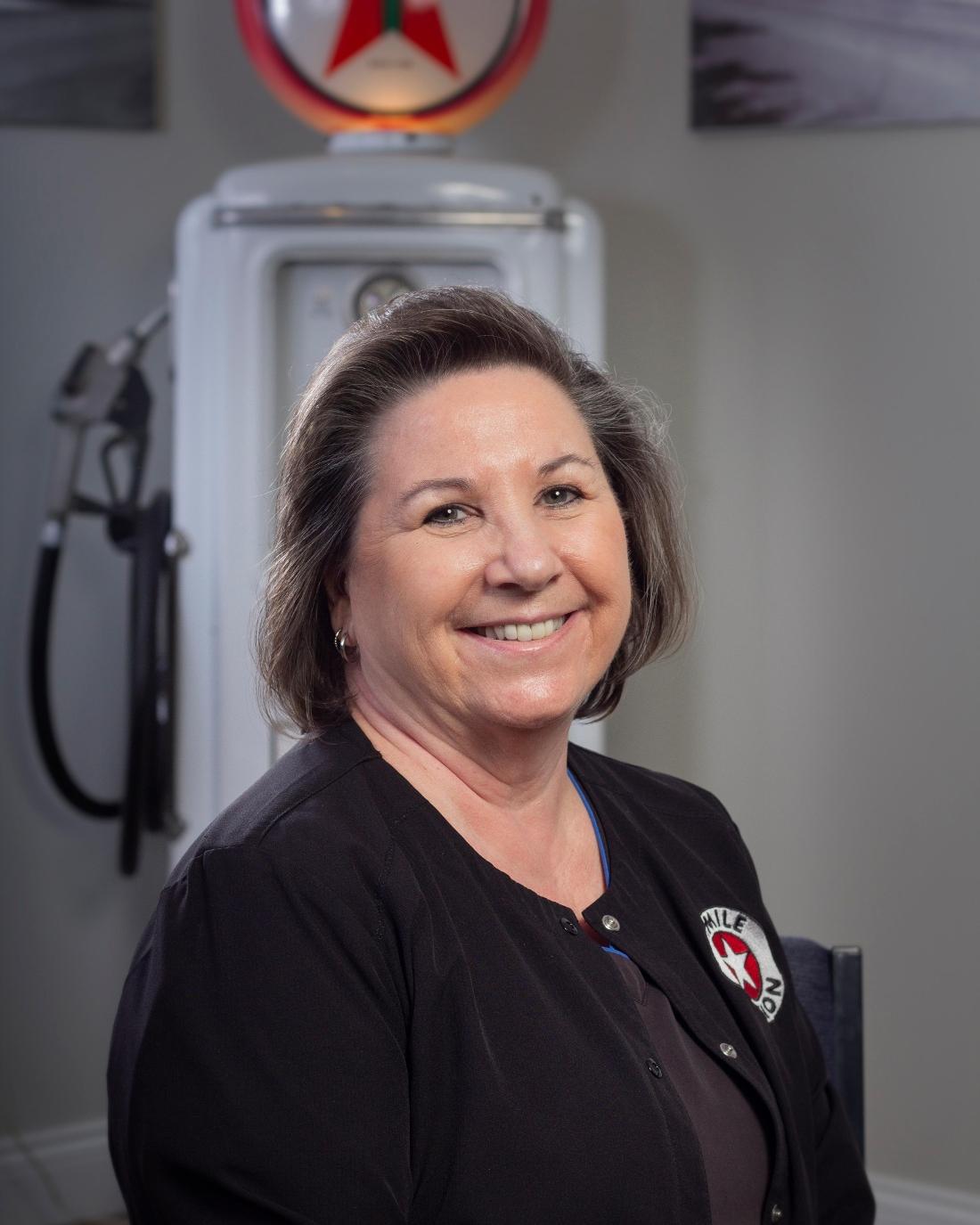 Norma was born and raised in Chicago. She lives in Western KY by choice and loves it!

Graduating from Wheeling High School, then Harper Community College for dental health, Norma started working in the dental field with a high school work program in 1976.

She studied to be an x-ray technician in Louisville and coronal polishing from BowlingGreen. Other certifications and training include:

She loves the atmosphere and patients and enjoys being an advocate for better health. She works hard to help people understand that dental health is important to their overall health.

She has been with us since the day Dr. Bridges opened Smile Station Dental Care. She loves when our patients tell her how happy they are with Dr. Bridges and their dental treatment. She also loves the opportunity to get to know our neighbors and community.

Outside of work, she visits with her grandgirls, travelling, reading, hiking, working and attending church. 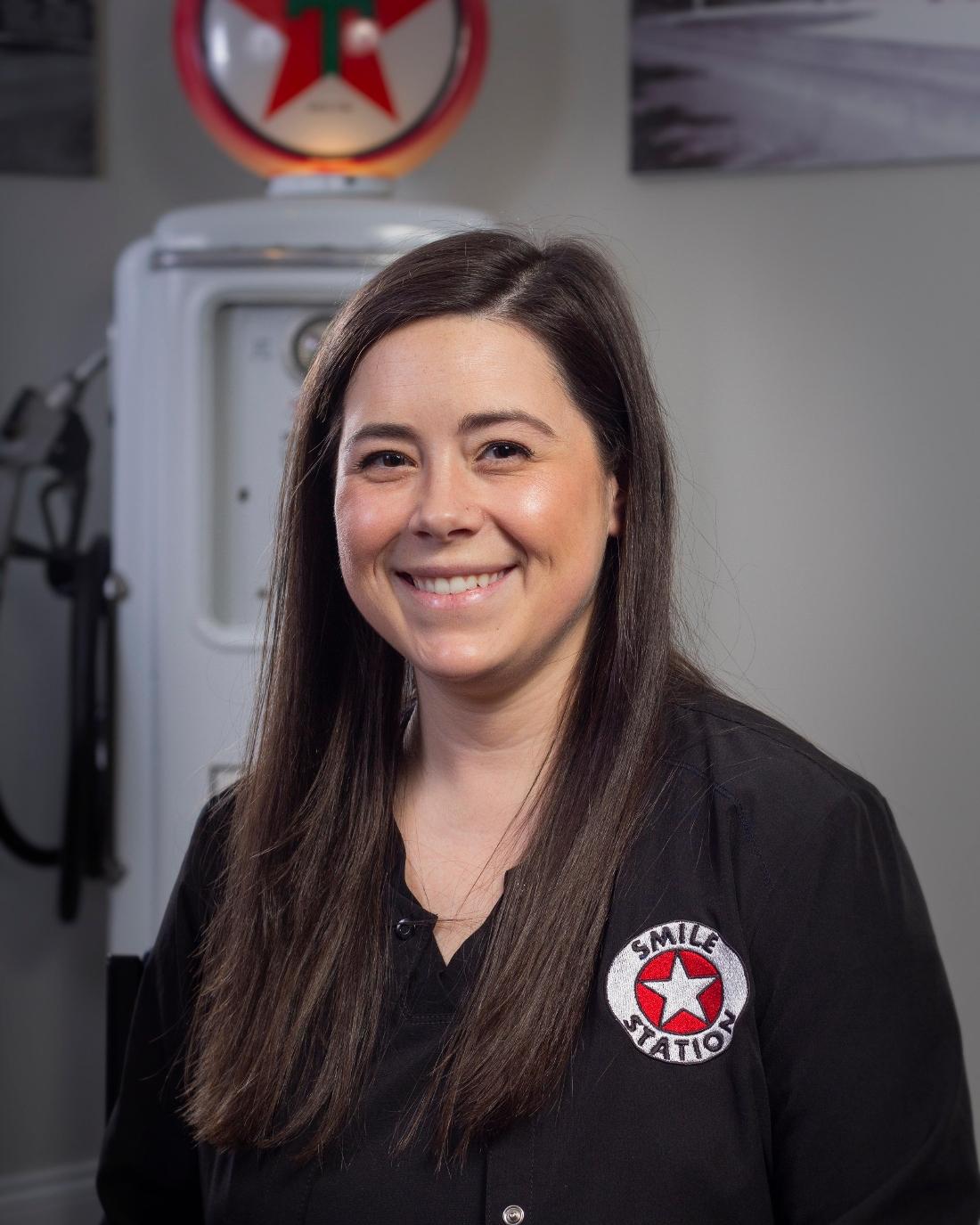 Originally from Paducah, Kentucky, Cammi graduated from WKCTC Dental Hygiene School in 2016 with certification in local anesthesia, nitrous oxide sedation, and laser therapy. She completed Dental Assisting School at WKCTC in 2014 and has worked as a dental assistant in pediatrics and oral surgery.

Cammi's  favorite thing about a patient’s visit is getting to know the patient and developing a good relationship with them to help them achieve their dental goals.

In her spare time, she likes to be outdoors with her husband and two boys. She also enjoys crafting and crocheting. 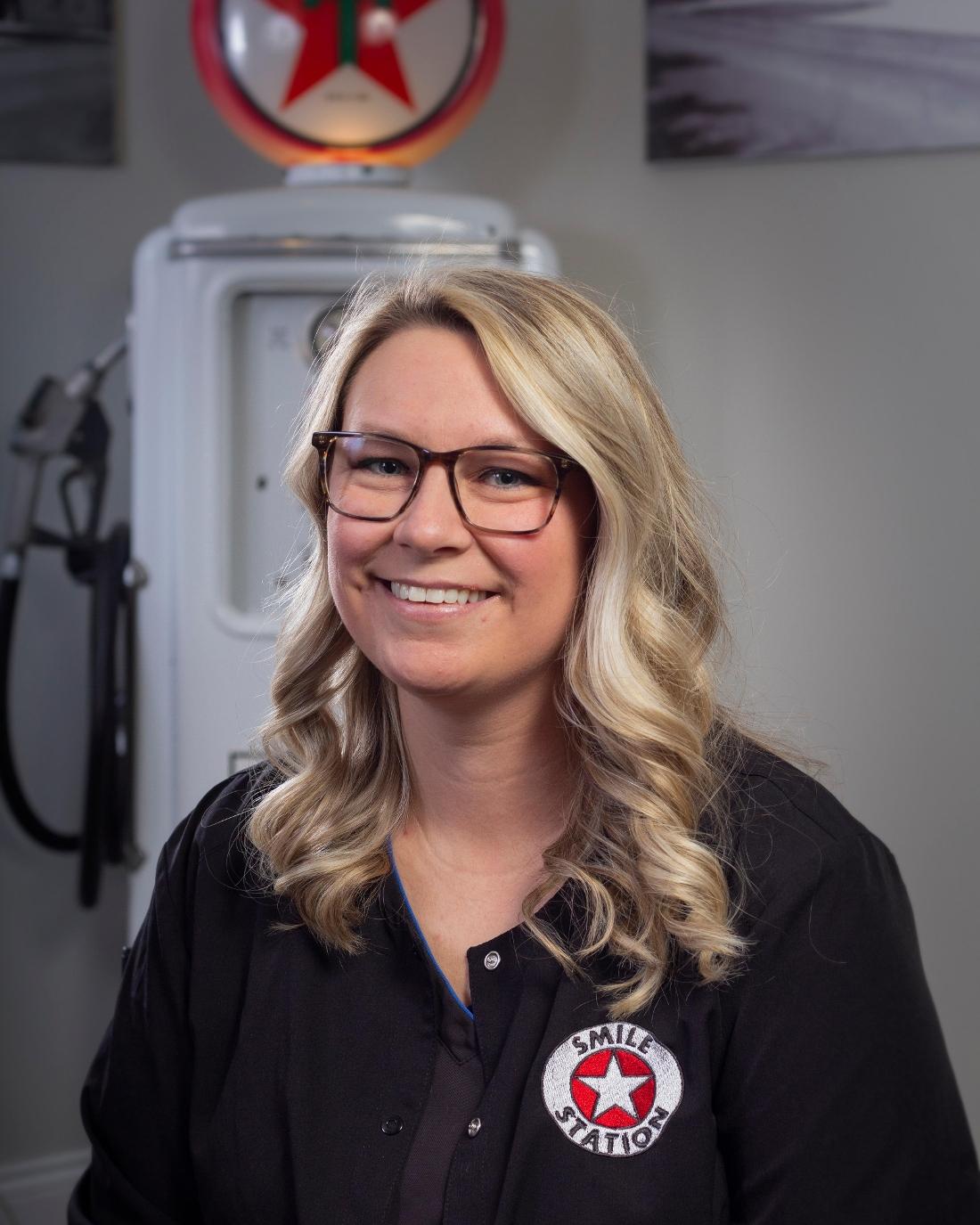 A Paducah native, Lakyn began working in dentistry in 2013 and enjoys helping our patients work with dental insurance to receive their maximum benefit.  She understand the difference a great smile can make in a person's life!  In her free time, she enjoys crafting, spending time with her husband and son, reading, and gardening.

Her training and certifications include: 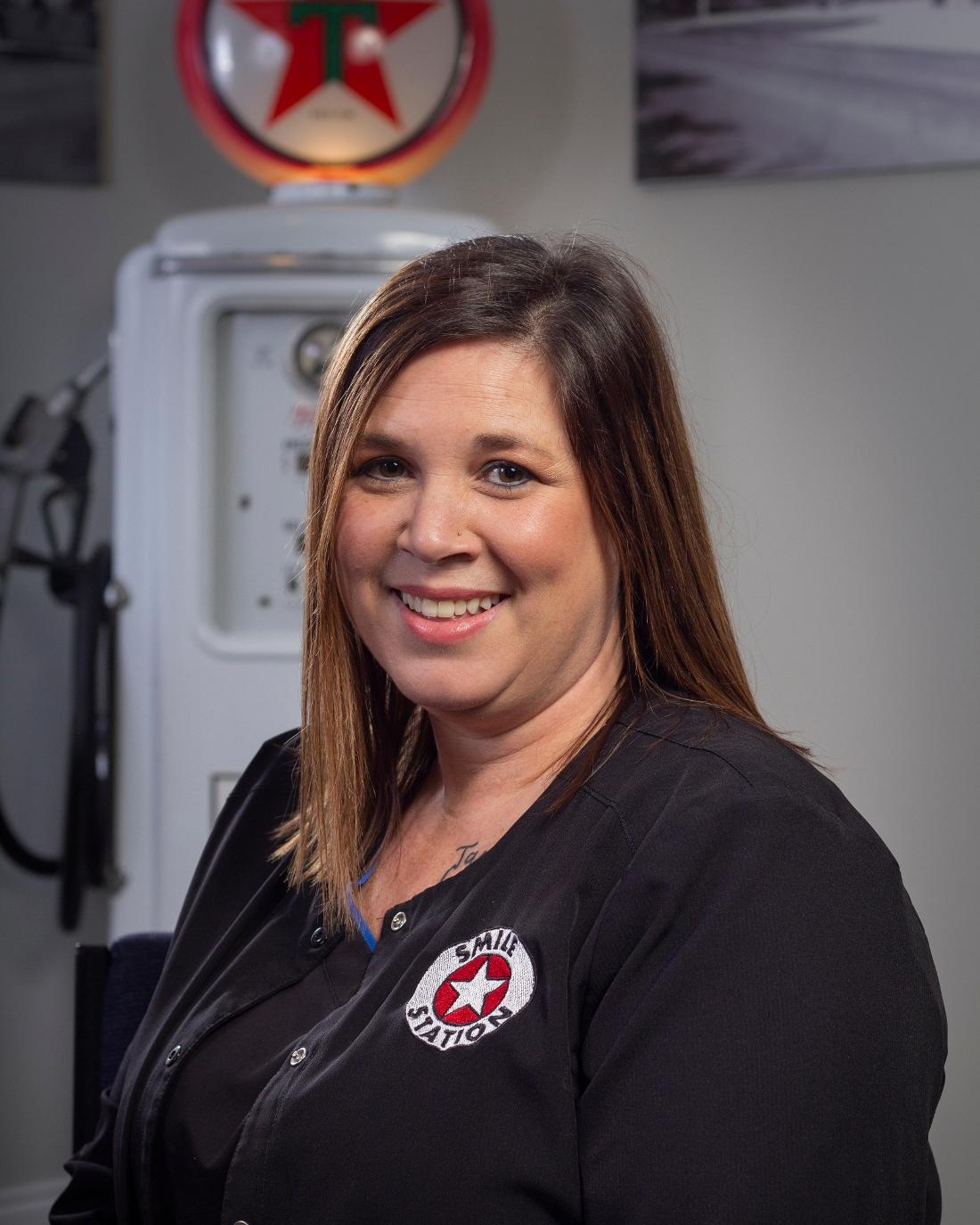 Angela has been in dentistry for 23 years, and enjoys getting to know our patients and making them feel comfortable while they're with us.  In her spare time, she loves spending  time with family, boating, and camping.

A Healthy smile is just a click away.
Request an Appointment
Dr. Bridges always takes the time to discuss any questions or concerns I have

I’ve been going to The Smile Station for almost two years. The staff is one of the friendliest of any Doctor’s office I’ve visited. Dr. Bridges always takes the time to discuss any questions or concerns I have. Smile Station goes above making their patients feel at ease.

See More Testimonials
Like us on FacebookLeave a Google Review
If you have difficulty using our website, please email us or call us at (270) 408-1234
View the ADA Accessibility Statement
Turn on ADA Views